Since 2014, Thon Maker, the 7' 1" Sudanese-Australian big man with the range and agility of a guard, has played high school ball in Orangeville, Ontario, about an hour outside of Toronto. With the help of his coach and guardian Edward Smith, Maker has been bulking up his rangy frame and fine-tuning his considerable talent. At the moment, colleges from Arizona State to Notre Dame are trying to sway him. No matter what he decides, Maker's days in the quiet town he now calls home will soon be over. Rather than skipping his final year of high school, Thon opted to see it through so he could continue to play with his younger brother, Matur, a 6’ 10” power forward who is also a promising prospect. Watching Thon requires suspending one's own belief in biology. At his height, it's no surprise that his weight is distributed through a wiry frame. But his confident, controlled game involves skills typically considered beyond the realm of someone built like a post player: perimeter play, speed and agility, and deft ball handling. "He can shoot the three?" is an incredulous rhetorical question that follows him on the obsessive internet forums where his myth continues to be made. For every 10,000 high school players, only three will eventually make it to the NBA. In the face of those steep odds, Thon maintains a measured, practical attitude. A walk-in closet at the Smith residence is dedicated solely to Thon's collection of 200-plus pairs of basketball sneakers, which he receives as gifts for participating in various elite high school games and invitational showcase camps (some of which he has sent back to kids in Australia). 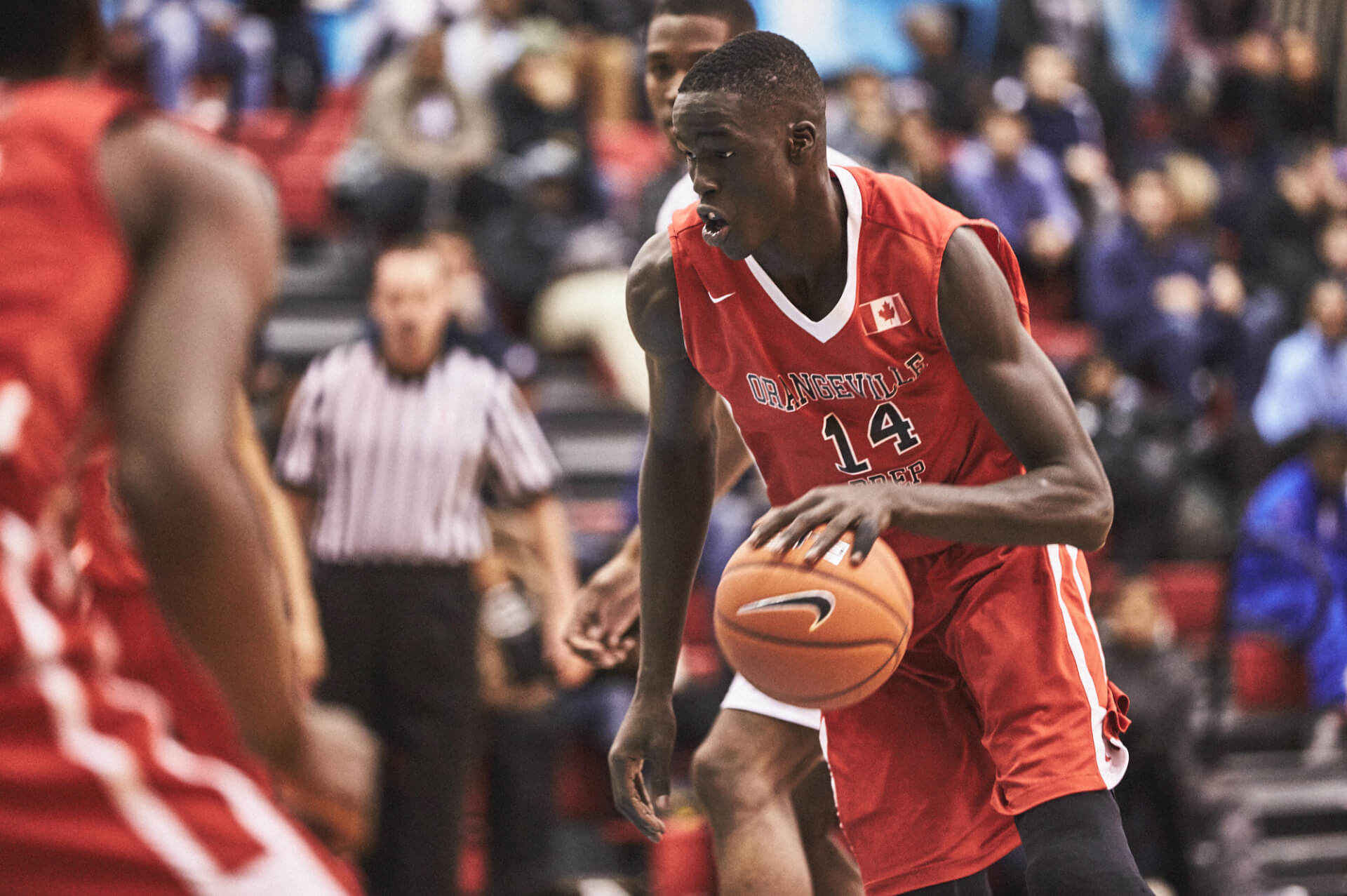 Besides a dislike of cold weather, Thon has adjusted well to the North American style of play. "I watched basketball on TV and I knew what it was like in the US as opposed to Australia," he says. "I knew it was more competitive and I was hungry to get better." Deep in the heart of Lone Star, Friday night’s gridiron lights burn brightly—even amid the quietude of desolate places.

One of 20th-century America’s best-known painters was also an incredible sketch artist and sports journalist.